Case of the Hapless Sailor

The Case of the Hapless Sailor

“The sunset is gorgeous! I love staying on this side of the peninsula. “ said Betty as she took a sip of her Chardonnay. Betty, Sue, Linda and Jenny were on a getaway to Door County Wisconsin.

“I agree. I love the sunsets at Egg Harbor. When you are on the east side you have to get up early to see the sunrise “said Sue.

Linda asked “Are you girls going to the next Delightful Dining event?” Before anyone could answer Jenny let out a blood curdling scream and pointed to the water. Everyone turned to look and added to the screaming. There washed up on the beach was a dead body. Sue called 911 while Linda got out of her beach chair and tentatively walked up to the body.

“Oh my, I think it is Chef Paul!” Linda exclaimed. The police arrived and took their statements. The next day at breakfast they were talking with the waitress about last evenings events. The waitress said the police had found a boat floating just off shore and ruled it was a boating accident.

The dead body continued to dominate their breakfast conversation. Sue asked “Linda, you said it was Chef Paul. Who is that?”

“I met him when I was up here last year. He owns the French Bistro – Le Paris. We got to be pretty good friends.”

Knowing looks passed between the other three. “Oh stop – “Linda admonished them.

Jenny who had been sitting quietly said “I don’t think it was a boating accident.”

Four Delightful Diners were up in Door County for what they thought would be a relaxing vacation only to find a dead body on the beach. Jenny said that she did not think it was an accident as the police had ruled.

“What makes you think it wasn’t an accident?” asked Betty.

“His shoes!?” asked Sue “What makes you say that?”

“They were dress shoes not boat shoes or sneakers. No one would go boating on purpose in dress shoes.”

Linda looked up from her tablet. “Listen to this. I found this on a news blog from last week. ‘Local restauranteur is the only obstacle in the way of the downtown redevelopment project headed by billionaire Chet Lyons.’

“Let’s go to the restaurant and see what we can find out about this.” Linda suggested.

Le Paris was located in downtown Egg Harbor. The building façade had intricately carved gargoyles and Corinthian columns. They stepped in to a warm inviting restaurant and were greeted by a woman in her mid 20s. “I am sorry we are closed today. The owner tragically died yesterday.”

Linda spoke up “Yes I know Karen. Do you remember me? I was a friend of Chef Paul.”

“Oh yes. It is terrible what happened. I didn’t think Chef even liked boating” Karen said giving Linda a hug.

“We don’t think it was a boating accident. We saw the article on line about the redevelopment project.”

Karen asked “Do you think that he was murdered?”

Betty, Sue, Linda and Jenny are positive that the death of local restaurateur Chef Paul was murder and were on a mission to prove it.

Linda asked Karen the hostess of Le Paris “Did anything odd happen yesterday?”

Karen began to shake her head no but then stopped and said “Yesterday Chef Paul did get into a yelling match with someone on the phone. I did not hear everything but I think it was about the redevelopment project. Chet Lyons wants to buy up all the property on this block and tear it down to build a huge modern hotel. Some people are for it, thinking it will revitalize Egg Harbor but most people think it will destroy what make Egg Harbor a getaway destination. Chef Paul was leading the protect Egg Harbor movement and had the ability to do something because he owns this building. He was trying to get landmark status so it could never be destroyed.

Jenny asked “Was he on his cell phone or the house line?”

Jenny began checking the phone log. “About what time was the call?”

“Exactly at 3pm. I remember because I was late picking up my son.”

“Here it is!” said Jenny “There was an incoming call at 2:57pm with a caller ID of Steve Lyons”

Karen said “..and he is engaged to Chef Paul’s niece!”

“Wait! Wait!” said Linda.  “Let me get this straight.  Chef Paul was murdered.  The last person he spoke to and argued with was the son of the man who wanted to destroy his restaurant and who is engaged to his niece!”

Karen nodded her head “Yes that is right.  We do live in a very small town.”

“I think we should talk to Chef Paul’s niece and see if she can help us clear this up.” said Linda.

Karen gave the group directions to an antique shop a few streets over where the Chef’s niece Lindsay worked.

“Steve would never do anything to harm anyone especially my uncle” Lindsay was telling the amateur detectives.

“Sorry honey” a voice from the back room said.  A tall handsome man about 30 holding a gun stepped out of the storeroom.

“Steve! What are you doing?” shouted Lindsay.

“These women are wrecking everything.  My father was going to make me in charge of the entire redevelopment project.  I was going to be able to show him that I would make a success of the project.”

Steve’s attention was directed toward Lindsay.  Jenny leaped into action using a roundhouse kick knocking Steve of balance.  He dropped the gun.  Betty picked it up  her hands were shaking as she pointed the gun in the general direction of Steve and Jenny.  Jenny sitting astride Steve with his arms pinned behind him said “Betty please put the gun down and call 911.  I have in hand.”

“The sunset is gorgeous!  I love staying on this side of the peninsula. “ said Betty as she took a sip of her Chardonnay. Betty, Sue, Linda and Jenny were on a getaway to Door County Wisconsin.

“The sunset is gorgeous!  I love staying on this side of the peninsula. “ said Betty as she took a sip of her Chardonnay. Betty, Sue, Linda and Jenny returned to their Door County getaway.

Periodically Delightful Dining has events that are geographically a bit further away, lunchtime experiences or unique cuisines, we call these DD Extras. Watch this space for our next 2020 DD Extra! 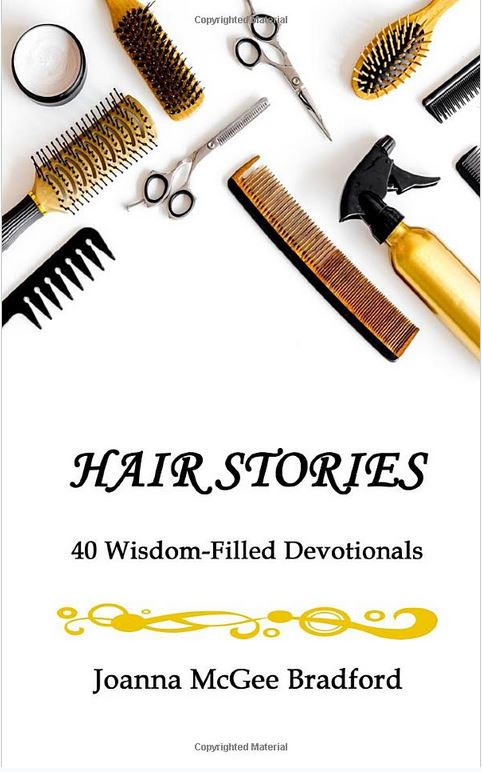 Congratulations to our Delightful Diner Joanna!

Her newest book, Hair Stories is recently published and available on Amazon.

“Hair Stories: 40 Wisdom-Filled Devotionals” is a collection of inspirational stories about women for women with humor, encouragement, and insight. Hair Stories contains the wit and wisdom of women to help you in celebrating the journey to become your best self.